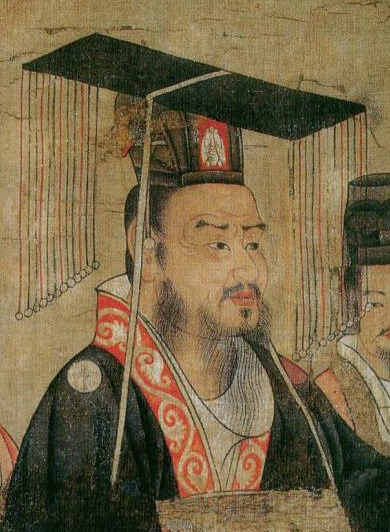 What images spring to mind when thinking of traditional Chinese hats and headdresses? Traditional headdresses are an important part of Chinese civilization and play an important role in the country’s culture and history. This article will gaze at the various styles of headdresses that existed during each of China’s major dynasties.

Among the most important aspects of ancient Chinese clothing is the Chinese headdress. In ancient times, men and women of the Han nationality knotted their hair into a bun and secured it to their heads with a hairpin.

When the Yellow Emperor created the Guan, the Han nationality’s rites of adulthood – the rites of male Guanli (冠礼) and female Jili (笄礼) – demonstrate that Shoufu plays a significant role in national cultural psychology.

There has been no separation between Guan and Yi since the Qin Dynasty (clothes and hats). However, due to the feudal system, the number of women in the civilian class who wear the Guan is extremely low.

We began reviving the traditional costume of the Han nationality many years later, in an era when history had abandoned the gender limitation. Instead, we should be grateful that the Shoufu culture compensated for the relatively flat style of men’s attire in traditional Hanfu. Guan, the most prominent period in the pre-Qin and Han Dynasties, symbolized duty, identity, and scholar dignity (ancient intellectuals). The Guan is tied at the chin and worn in a bun with a hairpin. It is very firm and difficult to scatter.

Mao and Jin’s popularity comes later. Upper officials wore Jin on occasion at first, then more frequently. They were favored by warriors and literati at the end of the Han Dynasty and elegantly wore scarves.

Because of Jin’s close relationship with the common people, it is born with a hint of leisure and always evolves in a relaxed environment. After Futou (幞头) was born in the Tang Dynasty, Jin and Mao culture flourished and reached its pinnacle in the Song and Ming Dynasties.

Guan is generally appropriate for solemn and formal occasions, with appropriate attire. Guan is important in determining official rank. Jin and Mao are dressed in everyday clothes closely related to fashion. Anecdotes are frequently found in Jin and Mao.

This is a Guan, tied to the top of the head, shaped like a hand, and mostly made of skin. It was first worn casually at home and later for civil servants, courteous guests, and bachelors.

Ancient police officers once wore it. In ancient legends, “Xie Zhi” is a type of animal. It’s useful to be able to distinguish between what is right and wrong. It was widely used during the Qin and Han Dynasties and before the Qin Dynasty.

The shape is square, with vertical and high decorations in the middle, and was usually worn by Yeshe (those who introduced foreign guests or gave orders to the emperor) in ancient times.

The futon was among the most important types of Chinese headwear in ancient China, dating back over a thousand years. The futou first emerged in Northern Zhou during Emperor Wu’s reign, where it quickly became popular. It was also popular during the Song and Tang dynasties.

Government officials typically wore futons. It was initially a turban-like headwear tied at the back of the wearer’s head, with the two corners pointing in opposite directions and serving as decorations. The futou is typically blue and black, which evolved into the “black gauze hat,” popular for men in the Tang and Sui Dynasties.

The empress wears the Phoenix crown. The crown is adorned with Phoenix decorations made of gold, treasure, pearl, and emerald.

According to legend, it was begun by the Yellow Emperor and completed during the Zhou Dynasty. It is primarily the most valuable in the ritual crown. In ancient times, it was worn by princes, emperors, and officials to participate in the grand sacrifice.

It’s made of jade and gold and adorned with jewels. It was popular during the Tang Dynasty when the highest level Taoist hat was worn.

This black gauze square soft hat was issued during the early Ming Dynasty. Officials wear them.

The Wangjin, despite their small size, are rich in social and cultural connotations. They were generally woven with horsetail, black fine rope, and brown silk, but in the Wanli period (万历), they were knotted with horsehair and human hair.

The shape of the Wangjin changed during the Tianqi period of the late Ming Dynasty, removing the string’s upper part and only tying the lower part, recognized as “Lanzhou Wang (懒收网).” It was also used in Vietnam, the Ryukyu Islands, and Korea due to the Ming Dynasty’s costume system.

Speaking of costumes, check out these oscar-winning movies for best costume design!

The Cultural Importance of the Chinese Headdress

The Chinese headdress is an essential component of Hanfu culture. In addition to the various types of Hanfu, there are numerous headdresses in Chinese history. Hanfu can recognize oriental dress clothing by its Chinese headdress.

Traditional Chinese hats come in various shapes, and almost every style has a cultural significance. Some Jin and Mao, for example, are invented and passed down by famous people, and they all represent a type of cultural thought.

Check out this guide to historical fashion if you’re interested in different traditional styles worldwide.