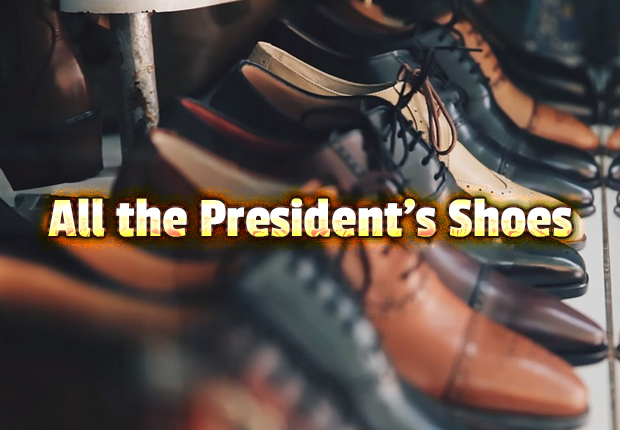 No matter the walk of life in which one finds himself (or herself), one thing everyone can appreciate is a good pair of shoes. From the homeless to the President, shoes are something desired and enjoyed. In the case of the President, though, shoes are a special accessory – at least since 1850, when the Johnston & Murphy company began creating custom shoes for the President of the United States.

Originally based in Newark, New Jersey, the company now has its home in Nashville, Tennessee. The history of a company deserves even to pay someone to do your essay on it, so don’t hesitate to discover it. The quality and workmanship of their product have not changed, however. Beginning with Millard Fillmore in 1850, each President has been gifted a nice, custom-made pair of shoes, specifically fitted to each man’s feet. 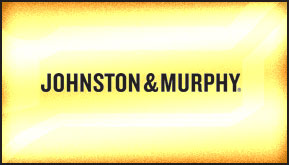 These shoes have been very nice, elegant shoes, suitable for occasions where he is required to dress up as well as more casual functions. Some of the facts Johnston & Murphy have listed about the Presidents and their shoes: Beginning with President Reagan, another company was responsible for the shoes worn for Inauguration Day: Allen Edmonds. Reagan, G. H. W. Bush, Clinton, and G. W. Bush all wore shoes made by Allen Edmonds. The company was disappointed by President Obama’s choice to wear a different brand, but perhaps their shoes will once again appear at an inauguration in the future.

There is not a complete list of the sizes of our past Presidents’ feet, but some of them are actually available. Of the first 15 Presidents, the shoe sizes are known for only two of them: George Washington (who wore a size 13) and Thomas Jefferson (whose feet were slightly smaller, at 12.5). The next President whose shoe size is known as Abraham Lincoln, whose size 14s are worth mentioning again. Some think that Ulysses S. Grant’s feet were a size 9, but this is unconfirmed. Our 19th President, Rutherford B. Hayes, sported the smallest recorded feet, at a size 7, while his successor, James A. Garfield, was a size 11. Grover Cleveland, our 22nd and 24th President, was an average size, 9, along with three later Presidents (the 28th, Wilson; the 32nd, Franklin D. Roosevelt; and the 33rd, Harry S Truman). Theodore Roosevelt’s feet were just a touch larger, at a 9.5.

From President #34 (Eisenhower) through the current President (Obama), larger feet have been the standard. J.F. Kennedy and Gerald Ford both had size 10 feet; Eisenhower, Reagan, and G.W. Bush all wore size 10.5. Size 11 was worn by Carter, George H. W. Bush, and one of Lyndon B. Johnson’s feet – the other was 11.5, which was also worn by Richard Nixon. Obama wears a 12, and Clinton’s foot is size 13. On the brighter side of the shoe aisle, a display was created by Johnston & Murphy in 2012 in Charlotte, North Carolina, that showcased thirteen pairs of the shoes created for the Presidents. These included Clinton’s blue suede shoes and Obama’s shoes, along with shoes made for Abraham Lincoln, Ulysses S. Grant, Theodore Roosevelt, Woodrow Wilson, Warren G. Harding, Harry Truman, Dwight D. Eisenhower, John F. Kennedy, Lyndon B. Johnson, Richard Nixon, and Gerald Ford, as well as the form used for creating the boots made for Grant. The display included information and fun facts. 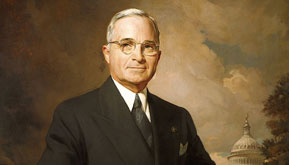 President Truman was a particularly dapper type of gentleman, and along with his enjoyable wardrobe, he had quite a collection of shoes – totaling 96 pairs! While many of these are Oxfords – the classic worn with dress clothing by most men – he also had a variety of less common styles as well as a variety of colors. He often wore white shoes in the summer. Some of these include brown and white spectator shoes in at least three different designs, boots, monk strap shoes, canvas sneakers that had a yellow base and four other colors, patent leather, brown leather boots lined with synthetic fur (which appear to be unworn), sandals, deck shoes, loafers, and more than 20 pairs of slippers.

While President Truman had the largest collection of shoes, many of the Presidents had multiple pairs, even though, as all of us, they had the favorites that they wore most often. The ones they wore to political functions are the ones that Americans tend to be more familiar with, and those have generally been dressy, black or brown, and well made. How about President Donald Trump? Well, he doesn’t appear to have a favorite shoe brand, and people seem to be more focused on his suits. He has himself said that he wears his favorite suits and ties from Brioni, an Italian luxury clothing brand owned by a French company.

However, one time he heaped praises at Egyptian president Abdel Fattah el-Sisi’s dress shoes. While it was not clear what exactly the kind of shoes President Sisi wore during their meeting, they appeared to be black boots that resembled the shoes that Trump was wearing.

While on a campaign trail in 2016, President Trump would wear his footwear of choice: a pair of shiny, gleaming black leather Oxfords. These shoes speak well of his status and reputation as a wealthy, jet-setting business tycoon who has a taste for the finer things in life.

If you are looking to up your own style game to a presidential level look for great discounts at Voucher Alarm and make sure you also consider stylish walking shoes as well.