Spandex is a stretchy material well-known for its usage in the sportswear industry. It is an exceptionally elastic, synthetic fiber and is also extremely lightweight. Spandex contains long-chain polymers named polyurethane and is made by combining polyester with a diisocyanate. Fun fact: Spandex fiber can be stretched up to almost 5 times of their original length! This characteristic makes it an elastomer. An elastomer is a material that can be stretched to a certain length and when released, goes back to its original shape.

Spandex fibers are better than rubber when it comes to strength, weight, and versatility. They are synthetic polymer and comprise of at least 85% polyurethane. The spandex fiber contains long-chain polyglycol merged with a short diisocyanate.

How was Spandex invented? In 1958, Spandex was invented in the DuPont Benger Laboratory in Waynesboro, Virginia by a chemist named Joseph C. Shivers. Spandex was created as a replacement material for rubber. During World War II, the price of rubber kept fluctuating. Also, most of the rubber was being used to build war equipment. As a result, sensing the need of the time, scientists started working towards inventing a synthetic substitute material for rubber.

Farbenfarbiken Bayer, a scientist and also one of the early forerunners of the polymer chemistry, produced the first-ever spandex fiber on an experimental level. In 1952, he got his synthesis patented in Germany. Later, scientists at DuPont and the U.S. Rubber Company worked out independently to create the final version of the spandex fibers.

Lycra was the brand name given by DuPont to the final version of spandex. Full-scale production by DuPont started in 1962. DuPont is currently the world leader in spandex production. The main feature of the spandex fiber, elasticity, is due to its chemical structure. The fiber strands are made up of two parts: long, amorphous parts and short, stiff parts. When in their original form, the amorphous portions of the fiber have a random molecular composition. They give the material its unique softness.

The rigid parts, on the other hand, are known to give the material structure. When spandex fibers are stretched, the inelastic portion breaks the bond and the amorphous parts straighten out. This gives the material the extra length. However, when the material reaches its maximum stretch limit, the rigid segments bond again. This makes the strands stiffer and stronger. When the force is released, the amorphous portions shrink back to their initial state. 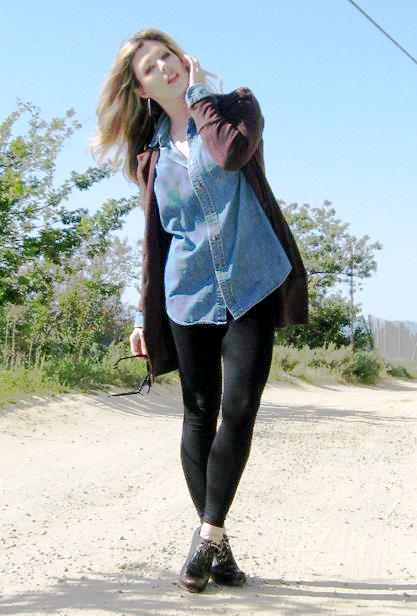 The primary and most common use of Spandex is in making fabric. There are a few reasons why spandex is useful. Firstly, the fact that spandex is stretchable, and always returns to its original size and shape. Secondly, the spandex fibers are lightweight and feel almost velvety. They can also be dyed very easily. Thirdly, the material is very robust which makes it useful for clothing used in athletic or gaming activities.

However, pure 100% spandex isn’t used for clothing. It is generally mixed with cotton or polyester and makes up a small percentage of the final fabric. This retains the feel and the look of the other materials. In 2010, approximately 80% of the clothing sold in the United States had spandex as a raw material. Formed in 1952, DuPont Textiles Fibers Department, became the company’s most recognized segment. It ruled over the synthetic fiber market internationally. Women during this time were identified as a significant consumer group because of their need for hosiery and undergarments.

DuPont took the opportunity to conduct market research and find out what women expected from the textile industry. They had plans of using this market research to develop fibers that would cater to the needs of the women.

The women’s girdles of that time were made of rubber. A girdle is a body-fitting undergarment that is worn to give the lower torso a better-looking shape. The women wanted girdles made out of finer fibers than rubber. As a result, DuPont became interested in creating a material to meet this requirement. However, DuPont did not stop marketing spandex only for girdles or undergarments.

During the mid-90s, when the Women’s Liberation Movement started, wearing the girdles was seen as restrictive and anti-independence. The girdles dropped and so did the revenue DuPont earned through the sales.

However, DuPont wasn’t ready to give up on such a promising material. It remarketed spandex, under the brand name ‘Lycra’, as an athletic and sport wear in the 1970s. The popularity of Lycra increased when the French ski team wore Lycra garments to compete at the 1968 Winter Olympics Games.

Lycra gained popularity as a basic athletic wear due to its light-weight and flexible features. Mid-thigh length shorts became the most popular spandex clothing among cyclists. By 1987, the trend of wearing spandex clothing hiked to a point where DuPont had difficulty meeting the international demand.

The textile industry worldwide has evolved and upgraded over time. Similarly, the spandex fiber and other spandex blends have also seen improvements. However, the popularity of spandex material, especially in the sportswear market, has only expanded.

Spandex was initially only seen as a clothing fabric, however, now several other accessories are also being made such as gloves, belts, etc. Spandex has also been introduced in the vehicle industry such as being used in the door panel fabric. With the extreme versatility of this material, we never know what the future of spandex holds for us.